REMEMBER TO THANK YOUR PARENTS

So much credit gets given to athletes for their passion, dedication, and commitment to their sport. What is often forgotten are the parents behind the pro. No one ever does anything alone, and a closer look at most athletes’ life will usually find parents who put their children first and sacrificed greatly to see them succeed.

I had the unique situation of being the youngest boy of five. Add in my younger sister and you have a busy household. Throw in the fact that we all played sports and both my parents worked full time and you may have a recipe for disaster.

Somehow, someway, just like so many other great parents out there, they found a way to make it work. I can’t remember a basketball or football game in my entire elementary or high school life when I would look up into the stands and not see them there. Easy enough if that was just me, but add in four more boys and their sporting events and you’re talking about the kind of commitment and juggling of schedules only a true sports parent can understand.

Things got a little trickier once two of my older brothers went off to Simon Fraser University to play football. My high school games would mostly be played during the week, meaning come 4 or 5 a.m. Saturday morning we would all load up the car to make the 1 o’clock kick off in somewhere like Ellensburg Washington or maybe Salem Oregon.

My university days were no different. Every single game I played, they made sure they were there. I remember them driving all the way to Humboldt California, only to see us get pummeled by the Lumberjacks. Soo upset after the loss, my mom stormed on our team bus and informed my coach they were driving their son home and taking me for a nice meal on the way. I love my parents.

Twelve years after starting my professional career, nothing had really changed. Their yearly vacation was a planned road trip to such exotic locations as Hamilton or Winnipeg. They arrived only early enough to meet the fans pre-game and stayed just long enough to chat with me post-game.

My last playing season, 2012 Regina was the trip choice. With no desire for sightseeing the mission was simple; A 22-hour straight car ride there, cheer their boy on, quick chat post game, and straight back home. You see, it doesn’t matter if you’re 6, or going on 36, you’re their child. Support, care and love what they can give.


My parents never tried to be my brand manager, agent or coach. They were always parents. They got me where I needed to go, cheered me on as much as possible and made sure I (and of my teammates that needed it) got fed well after playing. They weren’t trying to live their dreams through me, they were there to support me in living mine.

Yes, I’m probably one of the lucky ones, but I’m far from being alone. Many of my teammates that year, just like so many other years had parents that did just the same. The Lulay Clan make the 8 or so hour drive every single week to still see their boy throw touchdowns. Ben Archibald’s parents were game day mainstays as well making the weekly trek all the way from Gearhart Oregon. The list goes on and on, as do the cookies, and other tasty treats that always seemed to keep showing up from somebody’s mom.

It’s not easy trying to become a professional athlete. The effort and commitment are more than most people could imagine. What gets lost many times in that discussion, however, are the parents. More credit than could ever be written must go to the ones who taught us how to lace up our first sneakers. They signed us up and drove us to our first sport. They made sure our uniforms got washed and cheered us on during every victory and defeat. If you’re one of the lucky ones like me, most of that has and never will change. Well, except for maybe the lacing up your sneakers part.

"Angus was a guest speaker at SFU Alumni Association’s young professional event held in the spring of 2013. If you want to inspire an audience for a similar event (or any event for that matter), I would highly recommend Angus as the feature speaker. Although other athletes may have similar stories of overcoming obstacles to achieve success, Angus was able to translate his lessons learned on the field to meaningful advice for anyone in any career. Angus was able to pull on the audience’s heart strings, made them laugh and overall, made us ponder on how to improve the lives that we lead. "

"When I asked Angus to come and speak to our team, I thought I was going to hear fun stories about the battles of a winning football player. Much to my surprise what we got were eloquent, touching, and inspiring life stories about failing, trying again, and triumphing against all odds. The parallels that Angus was able to illuminate in our imagination about professional sports and our day-to-day struggles as a start-up, resonated with all of us. Every leader of an organization should facilitate for his/her team the opportunity to listen to what is a remarkable person with a remarkable story."

"The Bears Quarterback Club, a fund raising organization for our local high school, recently hosted a dinner for 200 community leaders and business owners where Angus Reid presented the keynote address. His message was thoughtful, inspirational, valuable and very entertaining. Angus's high energy presentation style, along with his powerful message, made him a hit with everyone in the room, including those with little or no football background. Business owners, coaches, athletes, students, and just about everyone else benefitted from hearing Angus and his message. We can't thank him enough for taking the time to come to our small community where he has left a lasting impression."

President of the Summerville Bears

"Great Canadian Gaming Corporation is a gaming, entertainment and hospitality business with 6,000 employees at 22 properties in five jurisdictions in Canada and the US. In September 2017, Angus Reid delivered a keynote address at our company’s annual business planning session in front of 150 of our senior executives where he provided a compelling and powerful overview of the importance of effective and efficient communication, drawing on his experience in professional football. In short, our team was mesmerized from start to finish and had useful takeaways in terms of how important the art of communication is in our professional and personal lives. Angus’ long career in professional football gives him a unique vehicle to deliver a message we often overlook and forget, irrespective of the industry we work in. I hope other companies and organizations take the time to engage Mr. Reid so their teams can learn from his experiences and his message, like we had the privilege to do so."

"Angus Reid came and spoke to my Entrepreneurs Organization Global SaaS Forum and he was a big hit. Angus' presentation was timely and on point for our group of entrepreneurs as he told his journey of trials and tribulation and ultimately how he achieve success with the odds stacked against him. I would highly recommend Angus to any group or business looking to see how to really achieve your goals no matter what it takes."

"We were honored to have Angus presented at USA Football’s National Conference in Orlando at Pro Bowl. He delivered a powerful message on the importance of the game and how it has a unique ability to put kids on a path to success. Angus does a great job telling the story of how the game shaped his life while connecting with the audience. He brings energy and enthusiasm to his message. He’s a great teammate in this game of football.

"I have had the privilege of having Angus speak at my AGM in 2013. His message of perseverance and drive resonated with everyone in attendance from the new financial advisors in the career to our advisor that have been around for 40 plus years. His perspective on life and how he has dealt with his own trials and road blocks head on is an inspiration to anyone who listens to his story. I would definitely recommend Angus to any one or any company wanting to inspire, or motivate there employees. I appreciate Angus' message enough that I am having him speak again for us in 2017."

"I had the privilege of having Angus speak at one of my Regional Meetings not long ago. Angud was vibrant, sincere, interesting and very inspiring.My take away waas the attitude, dedication and hard work will give you success at the end of the day. We ll thoroughly enjoyed Angus's speech and look forward to connecting again down the road. Best Regards to Angus for the future!"

"I have been very fortunate to hear Angus speak in numerous occasions and his speeches and life stories are amazing and very inspiring. Angus has always been very helpful to help my team, my business, and many other organizations. His stories and speeches have made a huge diference in my life and my family plus many of my players and friends."

"As a large organization that hosts many functions, we have had Angus come out as a special guest speaker to talk to both internal and external audiences. With his engaging and down to earth delivery, he is able to tailor his message depending on the audience and the topic. Whether he talks about team building, drive and determination, or motivation, his inspiring messages have an impact on everyone he meets. He is professional and approachable and the audience loves to interact with him. I would not hesitate to have Angus come out and speak on our behalf again and would highly recommend him for other organizations."

"Angus shares a unique message, both as a professional athlete and as a business person, encouraging leaders to overcome their own obstacles. Angus delivers his inspiring and thought provoking message with purpose. Whether you are the CEO or you have Angus speak to your team, everyone who spends time with Angus will part ways a better person."

"Angus was the keynote speaker at our recent annual dinner event for nearly 350 members of our community, and he blew everyone away with his powerful and inspirational story. His ability to keep everyone riveted by weaving a meaningful and deeply personal narrative full of impactful stories into a message that anyone in the room could relate to drew rave reviews. So many folks who had attended previous versions of this evening commented on how Angus' speech made this time something truly special." 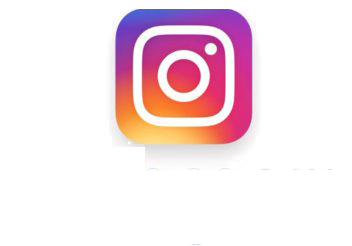